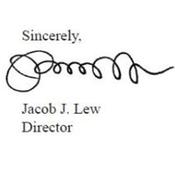 A handwritten signature does not tell the entire story, but you can certainly gain some significant clues into one's character from the analysis of a well trained, professional handwriting analyst.  I looked at National Public Radio's (NPR) web site today and gasped when I viewed the handwritten signature of Jacob Lew, President Obama's nomination for the Chairman of the U.S. Federal Reserve.

I am sure that President Obama is careful to appoint a trusted leader.  However, this person shows in his signature that he's apt to hold everything very close to the vest.  He is detail oriented and focussed, but he certainly will not let others in on his agenda.  Cautious, introverted and imaginative, he's prone to defensive worry and is therefore vigilant about guarding his territory.  He likes process and structure, adhering to conservative parameters.  However, he is also likely to evade rules when they serve his interests or the interests of the organization.

Mr Lew has incredible fluidity of thought which is shown in the circular corkscrew design he creates for his signature.  His mind moves so quickly that he moves the pen forward in curly cues that allows his hand to never leave the paper, thereby enabling him to keep up with his lightning-fast  thought processes.  President Obama jokingly  kidded Jacob about his handwriting during a speech before the press and mentioned that not one letter of his name was clear.  Actually, one letter was clear and that is his "J" which indicates a confident sense of self and a desire to be well compensated.  That should not surprise us!  He shows a strong imagination and one might say he's so intuitive that he can be psychic at times.  Perhaps  these gifts will serve him well in his new role.

Jacob holds information to himself no matter what the cost, so I presume he will keep President Obama's secrets just that - secret.  But, would I trust him to lead the Federal Reserve Bank?  His signature shows that I would probably want to see a full page of handwriting before I nominated him for such a significant position.  He certainly thinks well of himself but watch out - he's not likely to reveal what his true goals are to the general public, or even his colleagues.  He can be kind and fun loving and childlike at times, and this endears people to him.  But in the end, with Jacob Lew, it's all about secrecy.  Transparency will not be a part of his administrative leadership - at least, not with us regular folk.

I am not a conservative so this is not an attempt to oppose the Obama Presidency.  Let us hope that the handwritten signature is created as a way of guarding his private life and thoughts.  Let us believe that a full sample would show a more direct, straightforward persona willing to tackle the tough financial issues this country faces with honesty and transparency.  For now with only a handwritten signature to go by, don't expect clear communications from this gentleman, at least not in public. He is brilliant intellectually, and that certainly will be a big help.  I just hope his guardedness will not cause us to forfeit directness as a nation in solving the big challenges we face together.
Posted by Lianne Boas at 1/09/2013 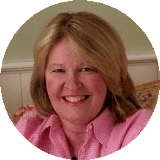 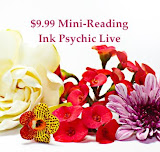